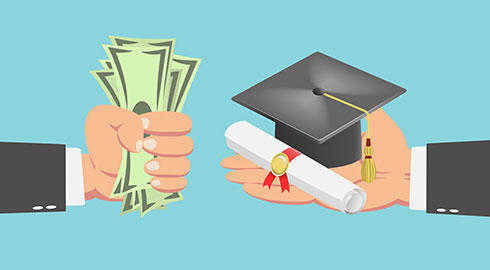 The Postgraduate Support Scheme (PSS) was all about supporting and improving taught postgraduate qualifications for students. Has it achieved their target? The PSS Programme Analyst has recently published his analysis of the scheme so far...this is how it’s doing...

What Was The PSS?

So, what was this scheme exactly? Set up by the Higher Education Funding Council (HEFCE), this £25m initiative was launched in order to support students in taught postgraduate education.

The scheme’s aim was to “ensure taught postgraduate study is accessible and that it supports national priorities in supplying highly skilled individuals for industry, the professions, public services and research”.

The PSS provided £50m in order to support £10,000 scholarships for 10,000 masters’ students.  The funding was partly given by the HEFCE and partly by the universities, and it proved to be a huge scheme that involved 40 institutions in 20 different projects, who were often very vocal about their new scholarship opportunity.

For more information on the scheme, this article is worth a read...

How Did It Do?

The scheme has helped to increase total expenditure for taught postgraduate qualifications by 50%, and has currently helped over 2,000 students, so it’s not done badly!

These are the main findings from Dr Wakeling, the Programme Analyst for PSS, who wrote the report.

There is High Demand

The more general scholarships proved to be more popular than the more specialist subjects, something which was reflected in the funding element, where more students wanted funding for general topics rather than specialist.

One of the biggest things the report found was that student funding had been critical to the scheme’s success. Nearly all the scholarships were awarded, and many students reported they wouldn’t have been able to study their postgraduate course without it.

In terms of the financial amount being awarded, the larger amounts were obviously popular, but even the smaller amounts were still successful. And while some students received large scholarships to cover their course, others just needed top-up funding in order to accept their place.

However it wasn’t all good news, as some disadvantaged students were still unable to study their course despite being given large scholarship offers, as it still didn’t cover both their studying fees and living costs. As a result, the report has concerns that government loans will "effectively subsidise those who are already able to afford to cover their own costs of postgraduate study".

Additionally, the report suggests that many students are being put off just by the idea of debt, especially as the costs of studying are getting higher. He recommended that financial support be given on the basis of need and circumstances, and a national scheme be set up just for the financially disadvantaged which would include non-repayable grants and bursaries.

It’s Not All About The Money

Of course, the scheme was helping with monetary incentives, but the report was clear that it shouldn’t be all about the money, money money.

Non financial elements are also considered to be essential to the success of postgraduate studying, including "greater visibility and co-ordination" and innovative partnerships between universities and employers. Dr Wakeling believes that in order to widen opportunities for potential postgraduates, you need more than just money, you need to give students the right support too.

The report wanted HEFCE to be aware of "other influences on PGT enrolment which might lead to underrepresentation of certain groups, covering such aspects as attainment, motivation, understanding and the application process," and that it wasn’t just money that was preventing potential postgraduates from applying.

Application Systems Are an Issue

The report recommends a new national application system for taught programmes, which would act as a registry that would hold acceptance information and other vital data.

Universities Need To Be Considered

According to the report, there needs to be more partnerships between universities and employers, especially as some employers have expressed a willingness to invest. Despite this, such partnerships haven’t happened successfully due to the scale and sustainability of it. However, Dr Wakeling suggested that integrating a placement-based master’s model and the Government’s apprenticeship plans could overcome these issues and ensures a student’s employability and skills are used in a working environment.

The report also recommends that universities stop competing with each other, as this could also be affecting student numbers.

However, Dr Wakeling does have some concern over university participation generally in the PSS scheme. He believes the scheme is "time and resource intensive – and hence expensive and risky", and so it may be off putting for universities, "especially when demand for more traditional provision from international students remains strong". As a result, the report recommended that the PSS needed to keep its momentum going and keep providing good incentives to attract universities.

What Does the Future Hold?

The report highlighted the good, the bad, the working and the not-so-much working, but overall the PSS did well.

Dr Wakeling concluded that, "Although there are design and timing weaknesses which we must take into account in drawing conclusions, PSS has still been of considerable value as a pilot programme”, and that “PSS has enabled graduates who could not or would not otherwise have participated in PGT study to enrol. That is a clear and consistent message from research undertaken by projects with their scholarship holders."

The HEFCE are currently collecting their own findings and are expected to reveal them in the summer. Their findings, plus an analyst’s reports, will help structure Government funding policies for postgraduates in the future. So let’s hope it’s good news!