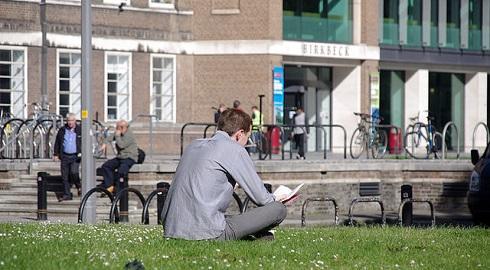 With a staggering 20 universities, the capital is a hotbed of higher education, but there are plenty of other good reasons to head there for your studies...

If you can name a cuisine that can’t be found in London then you’re probably mistaken or a bit of a know-it-all. From Nepalese to Venezuelan, London hosts an array of culinary delights as well as many places that put a British spin on popular cuisines, such as Mexican or Indian.

You’re pretty much spoilt for choice; when you’re favourite band comes to the UK, they’re guaranteed to play at least one date in London; when that low budget art house film you’ve heard about is released for limited screenings you’ll probably find one within easy distance and when that comedian you love whose about go get famous announces a last minute secret show, well, you’ve guessed it - it’s going to be in the capital.

Not to mention, the numerous free events taking place across the city each day: in the evening - music, comedy and recordings of TV shows and the daytime - talk’s, exhibitions and numerous museums and galleries await.

Whether regularly working somewhere (for money or your career progression), shadowing someone once a month or volunteering at a charity, you’ll only improve your CV and chances of securing a job. Where better to do this than London? London is the economical driving force behind the UK and the majority of large companies, charities and the civil service are based there. Networking, internships and camping outside Headquarters (that last one was a joke) will help you to get your foot in the door and smooth the bumpy road to employment once your course is finished.

Whether you’re visiting the south coast on a hot Saturday afternoon, want a fast train to see your friend in the north or just go home, you can probably get there directly from London town from one of the many mainline rail stations.

The UK offers a pretty impressive range of beers, but in London you can find all these regional specialities as well as the numerous micro (and macro) breweries springing up across the capital. From classics like Meantime Pale Ale ( made in Greenwich – get it?) to the lesser known options (Mango beer, anyone?) beer drinkers are spoilt for choice. Some of these breweries offer tours and tastings and there are specialist shops where you can buy and drink your favourite brew if you fancy a change from the pub (or your wallet requires one) such as The Beer Boutique in Putney or Bottledog near King’s Cross.

So many books! The British library is arguably the flagship, supported by numerous university libraries and dozens of smaller local libraries. You can be a member of as many as you like, with the exception of other universities and be safe in the knowledge that somewhere, some library will have the book you’re after that you can’t afford/don’t want to buy. Additionally there is a good selection of second hand bookshops and when you do need a large bookshop, for either shopping or a rainy Sunday, you’ve got Foyle’s, Blackwell’s and a huge Waterstone’s to choose from.

We get that you won’t have cash to flash, but when your shoes are worn out, it’s your Mum’s birthday or you just need some retail therapy where better to find exactly what you want? With all the major departments stores, flagship-sized high street outlets and numerous markets you really are spoilt for choice.

Balancing Work and Study on an MBA

5 Ways to Beat Loneliness While Doing a PhD