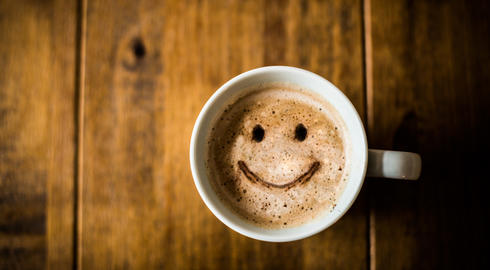 It’s a topic that has been debated for years, can money really buy happiness? There are many joys in this world that can’t be purchased but money can bring access to items and experiences that do provide happiness.

While all of us want to develop in our careers to achieve a higher income, as we assume this will lead to a prosperous lifestyle, but will this actually equate to a happier life?

Using ONS data that was released in October 2019, the CPD Standards Office conducted an investigation into whether there was a correlation between money and happiness.

The main finding showed that correlations between happiness and earnings varied between industries, as explored below.

Correlations Between Average Weekly Salary and Happiness within Industries

Respondents aged 16 and over were asked to calculate their happiness on a scale of 0 to 10, with 0 being completely unhappy and 10 completely happy to see what their overall scale of happiness was.

The industries who scored the highest correlation between average weekly earnings and happiness were:

Retail Trade and Repairs came up on top as the industry that reported that money does equal happiness within their workplaces. As salaries increased, so did their happiness.

At the other end of the spectrum, there were industries that had a low correlation between average weekly earnings and happiness, which are as follows:

While there is no exact data as to why these employees did not receive happiness, despite increasing salaries, we can speculate. Careers, such as mining and quarrying, are highly demanding and stress-inducing jobs.

Even if a weekly wage is high, happiness levels may not increase due to how demanding daily life is. The impact on health, both physically and mentally, can also not be compensated with money.

However, these findings do not signify the industries that scored highly with correlation are not demanding careers, rather, any unhappiness can be compensated with higher earnings.

Correlations Between Average Weekly Earning and Anxiety within Industries

In the same manner as happiness and weekly earnings, anxiety was scored on a scale of 0 to 10.

The industries with the highest correlation between average weekly earnings and anxiety are as follows:

These correlations were not as strong as the 80%+ shown for happiness but it is still significant enough to make a note.

Anxiety and unhappiness are not to be mistaken as the same thing, we are able to have happiness in our lives alongside anxiety.  We can interpret these results to conclude that as earnings increase, so does job responsibility which can lead to more anxiety with increasing pressure.

Most of the industries that reflected more happiness with more earnings also reported higher levels of anxiety.

Intriguingly, health and social work, an industry infamous for having high stress and anxiety levels, scored the lowest correlation in this area with only 53.40%.

Those Who Reported as Living Comfortably Reported Higher Anxiety

Income from those surveyed on how satisfied they were with their income was placed into 7 different categories:

Alongside this, respondents were asked how they were managing financially which was broken into 5 categories:

Although this does not report unhappiness, we can see 65-80% of those who have less financial difficulties than others have higher levels of anxiety.

Throughout many industries, bonuses are offered for hard work and meeting targets, some employers use these to boost staff morale and productivity but this study shows these bonuses may not be bringing as much happiness as we thought.

Correlation percentages between staff bonuses and happiness were small and relatively inconclusive.

The construction industry reported the highest correlation, but this was still only 41%.

So what does this say? It can be interpreted that bonuses are not high enough to justify a change in attitude or income satisfaction is already high so a bit of extra income may not make an impact on happiness.

It can also reflect that performance-based bonuses can cause more upset with increasing pressure to meet targets and achieve this. The outcome may not justify the means.

These industries had the highest correlation between income satisfaction and happiness:

The industries that had the lowest correlation are:

Poorer working conditions in industries such as mining and quarrying may have little correlation in happiness and income satisfaction due to the impact on workers’ health.

Therefore, we can see that money can equal happiness, but only in certain industries, as long as we are willing to sacrifice lower anxiety levels.

** This article has been written in conjunction with CPD Standards and is just a snapshot of the results of their investigation.