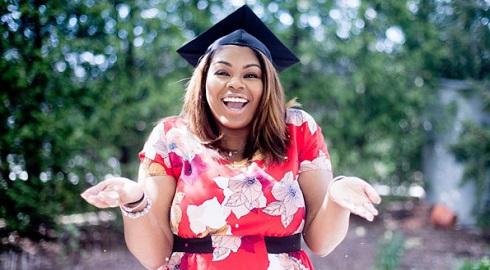 Many UK companies are currently unable to fill their graduate vacancies, and recently graduates were blamed for this. Leanne Rice gives us her opinion on this issue and explains why graduates aren’t to blame at all.

The Huffington Post has published a news story in which the Chief Exec of the Association of Graduate Recruiters, Stephen Isherwood, blamed the student population for over half of UK companies being unable to fill their graduate vacancies in 2016. Essentially, grads backing out of job offers, specifically in the banking, accountancy and engineering sectors, have left gaping staffing holes in companies across the country.

We get it, backing out of a job once accepted is not ideal. But bear with us.

Whilst Isherwood has requested a "more responsible and respectful approach" to job offers from new starters, it appears the failings may lay at the feet of industry rather than of young people. Let’s review.

The 2008 recession, and the years thereafter, saw a spike in the growth rate of under 25s becoming self-employed. By 2014, when recession was being reported as more or less over, a study by The Work Foundation uncovered that the UK had three times more self-employed young people than any other country in Europe.

This only actually accounts for 4% of young people under 25 being self-employed right now, but it’s a trend that’s still thriving. Look at your Instagram and Facebook right now - how many times can you see the joyous signs of a person conducting their working life on their own terms?

Students DO Care About Their Careers

We know you guys are actually very discerning. Not only about your careers, but your personal happiness - long-term self-preservation is bound to take priority over pleasing an employer and the illusion of a “secure” future. The same one your parents are likely still looking for the benefits of.

You cannot, then, blame young people for rethinking what offers are on the table. Your immediate peers, and those who’ve been working long enough to position themselves as youth mentors, have lived through the struggles of a recession and felt the friction of a countrywide distrust between ‘the people’, and those in charge of the hard-earned cash those people have worked for their whole lives.

Young People are Owning Their Future

With the looming threats of Brexit, and Government cuts to public services (specifically those that 2015 voting campaigns such as vInspired’s Swing The Vote revealed you really cared about - enough to make proposed policies around them affect your vote in the last election - such as mental health services), young people should be applauded for trying to damage-proof their future by letting graduate employers down in favour of better job offers or more flexible working styles.

Rather than name-calling the generation of talented graduates these companies so desperately need as “irresponsible” and “disrespectful”, and in the light of young people feeling empowered enough to make real, impactful choices about their future, now is the time for traditional companies to make a move to keep their graduates on board. Don’t you think?

In London particularly, industry fails time and time again to pay salaries that keep up with the cost of living, let alone allow you to make a dent in your student debt. Add to the mix rising rail fares slammed on commuters travelling into UK cities from the suburbs, and the prospect of full time employment becomes less of a dream, more of a nightmare. When you consider the success of ‘alternative’ working styles versus the ‘job security’ dream sold to your parents and grandparents, opting out of the same fate often is the responsible choice.

AGR’s response to managing rejected graduate jobs has been to get “a handle on the situation by keeping regular contact with candidates and inviting them to meet with their peers”. In the next breath, their spokesman slams students with a damning finger-point; “But students need to adopt a more responsible and respectful approach. Hold on and wait for your offers to come in and give employers notice if you plan to renege.”

Unfortunately, Mr Isherwood, meeting Stan from accounts doesn’t deter us from making a life-changing decision that has a long-term impact on our career, happiness and wellbeing. Step up with some career perks and a salary that doesn’t go entirely to National Rail. Then we’ll talk.

Five Ways a Master’s Degree Could Make You More Employable