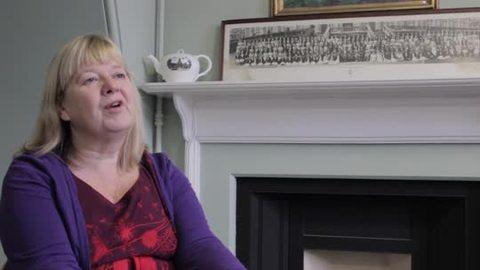 We have quite a range of ways that people get employed after doing degrees with us. We have professor Chris Townsend, who specializes in PhD. supervision of 20th century avant garde and very strong connections to the art world. So, that almost goes towards curatorship. We have people who've been gone on to look at filmer's art, film and art, who've gone to galleries and museums and the whole art world, which is a really great extension of what we are doing.

We've also got in PhDs a very strong specialism in world cinema, as a use of identity, nation heard, nationality. So, we've got lots of people who've been going off, either working as film makers in Asian and African countries, and we have people who cover most areas of the world in terms of new and exciting global cinema. I have a supervisee who's Sudanese. She's looking at the partition of Sudan and how that's affected most of the nation. She's actively working in Sudan. So we have people around the world, who have done world cinemas theses, PhDs here.

On the MA side, we've got a lot of people going straight into the film and television business, we've got people working in agencies, got people working in the big production companies, got people in Channel Four development. My MA screen writing students got together with the MA producing students and on the back of one lecture about digital and interactive and web drama, they actually went off, used college equipment and made a seven-part web drama and uploaded it onto the internet and actually negotiated with campuses - it's set on a campus- all over England to screen it. So, we like to encourage them to be a bit entrepreneurial, cultural entrepreneurialism, get them out there actually thinking about new opportunities and looking to the future, not just thinking, "I am a documentary maker, I'm a fiction film maker," but look towards new creative insights and opportunities.