What a Conservative Government Means for You 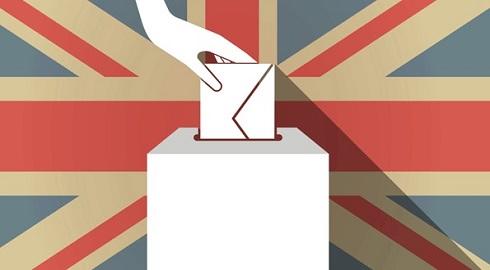 From childcare and university fees to the minimum wage, here’s how the election result could affect your studies…

If you’re going into higher education, it’s worth considering how the policies of this new government could have an impact on your studies, so here are some of the key pledges from the winning parties and how they affect you.

While at university, many of you will be working during your spare time to help support your lifestyle, so every penny counts.

The Conservatives are keen to ensure that everyone is paid fairly for their work and currently, people across the UK receive a minimum of £7.50 an hour. The plan is for this to increase to 60 per cent of median earnings by 2020 – so whether your wages are high or low, you’ll see the same improvements in your earnings.

Anyone interested in doing a technology or science-based course will be pleased to hear that the government aim to invest in these areas to encourage innovation and attract more scientists to the UK.

With a strong science base, increased innovation and world-leading tech companies providing work placements, postgraduate students specialising in these sectors will benefit immensely.

If there’s one thing that postgraduate students tend to worry about alongside a busy schedule of lectures, it’s being able to pay their gas and electric bills.

The Conservatives want to ensure that the cost of energy in Britain is affordable for households and have pledged to commission an independent review into the Cost of Energy.

This would include recommendations about how to keep UK energy costs as low as possible, so you can spend more money on your social life and less on making ends meet.

Letting agent fees are also due to be banned and there will be better protection for tenants (such as encouraging landlords to offer longer tenancies), which is happy days for anyone hoping to rent a student house.

Higher education has its appeal, but long commutes for students living far away from campus? Not so much.

With an estimated £40 billion of investment planned into transport improvements across the UK, the government hopes to reduce travel time and cost to make it easier for everyone to get around.

High Speed 2, Northern Powerhouse Rail, the expansion of Heathrow Airport, community minibuses for rural areas and expanding cycle networks are just some of the ways transport might help develop the skills and careers of British students over the next few years.

When you finish your studies, inevitably the next task will be to secure a job – but this isn’t always easy.

The Conservatives want to encourage civil service recruitment and fund schemes that place university graduates in schools, police forces, prisons and social care. This will include support for older students or professionals who have been caring for children and would like to re-enter the workplace.

Without teachers, it’s safe to say that higher education wouldn’t exist, so bursaries will be available to attract top graduates into teaching.

To help new teachers stay in the profession, the government will offer forgiveness on student loan repayments as well as backing with marking and lesson preparation.

If higher education isn’t for you but you’d like to continue learning, the Conservatives hope to create three million apprenticeships by 2020 and there are already a number of high-quality apprenticeships that reach to degree level and beyond.

New institutes of technology will be built and qualifications known as T-levels will replace existing technical qualifications, which will focus on subjects such as construction, design, digital, engineering and science.

A UCAS-style portal will be introduced, the number of teaching hours will increase to an average of 900 hours per year and each student will have the opportunity to do a three-month work placement as part of their course.

As with university tuition, you’ll have access to financial support such as loans and grants as well as discounted bus and train travel.

Over the next five years, the government hopes to close the gender pay gap, race gap, mental health gap and disability gap by investing heavily on research and treatment.

This aims to encourage students from minority backgrounds and those of you with additional requirements to enter into higher education, while ensuring that you’re treated fairly throughout.

Without the NHS, the cost of student healthcare in the UK would be much higher. To support it, the Conservatives will be increasing the number of students in medical training to 1,500 a year and reforming medical education.

With new roles and career paths available to students, there will be increased opportunitie s to develop your skills in different areas.

Starting a new course can feel daunting at the best of times and for those of you with young children, it might seem like an impossible feat.

To help parents who are working or studying and struggling to manage the costs of childcare, the new government will be offering thirty hours of free childcare to three and four-year-olds.

At the moment, it remains unclear just how much the DUP will influence policies made alongside a Tory government but there are a number of areas the DUP openly supports.

If the coalition goes ahead as planned, prospective students can expect increases to the national living wage, the raising of personal tax allowance, reform of apprenticeships and further investment in technical skills.

So, whether you’re starting a postgraduate degree in the life sciences or looking for an advanced engineering apprenticeship, keep an eye on what happens in parliament over the next few weeks as this could make a huge difference to your future.