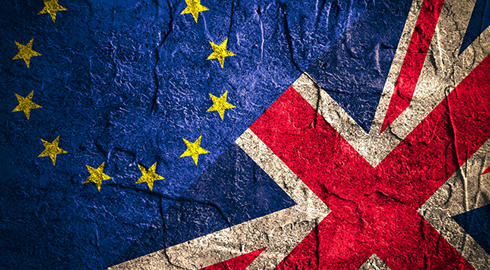 The results are in, and the nation have spoken, and they’re saying they want to leave the EU. So what does this mean for universities? We take a look at what could happen…

Leaving the EU is likely to bring big changes, and although these won’t be implemented straight away, there’s already speculation about what could happen. Here’s how leaving the EU could affect your postgraduate education.

Recently, 103 University Chancellors had their open letter published in the Sunday Times of London. In this letter, they praised the EU for helping them attract high quality teachers, students and researchers into UK universities. In their letter, they also highlighted their concerns about how leaving the EU could undo this, and stated:

"We believe that leaving Europe would create a difficult environment for the long-term investment in higher education and research that is necessary for the UK to maintain its position as a highly skilled and a globally competitive knowledge economy."

On the flipside of this argument though, others feel that a universities’ academic quality will attract top talent regardless of whether we are in the EU or not.

The EU helped to fund UKuniversities in a variety of ways including facilities, investing in research and even giving money to build the campuses in the first place. But with our exit from the EU, nothing is certain, including who will still receive funding and who won’t.

Although some academics don’t think funding will be affected and there’s nothing stopping universities receiving help from EU countries. Kent Matthews, a Cardiff University professor, believes academic excellence would get universities money, not the basis of our relationship with those countries.

And if the EU did stop funding, Professor Matthews thinks universities would just need to be treated like any other institution and apply for funding elsewhere. He added that universities would have to argue their case and prove they had a high level of academic excellence that would be aided further by financial support.

However, on the flipside of this argument, other academic, including Swansea University’s Vice Chancellor, thinks that leaving the EU could mean a lack of funding that could cause universities to downsize.

According to the Vice Chancellor’s letter, universities generate over £73 billion for the UK economy year, which in turn help to support nearly 380,000 jobs. £3.7bn of this £73bn comes from students in other EU countries. So if EU students decided not to attend a UK university as a result of the referendum, some academics feel this could impact the economy.

However, other academics say that this isn’t a guaranteed course of action, and their decision of studying in the UK is likely to hinge on whether they can keep having the same rights as UK students (which they currently do), and how long any changes take to implement.

EU students currently go through the same university process as UK students. They don’t need any special visas, they can apply for the same loans and pay the exact same fees. Between 2014-15, 19% of students in UK universities came from outside the UK, and 28.5% of this percentage were made up of students from EU countries.

Right now we have no idea if this rule will stay, be reworked or scrapped completely, and so there are academics on both sides of this argument. Some worry EU students could be categorised as overseas students and end up paying more fees, while others argue no changes are likely to take place.

However, it is interesting to note that there was a dip in EU students attending UK universities when fees were increased, so if they were categorised as overseas students, this could potentially happen again.

And it’s not just EU students that could be affected. UK students who want to study in the EU could also find themselves facing a new application process…or not.

At the moment everything is up in the air, with lots of “this could” or “this might” happen sentences being thrown around. Whatever happens, it’s not going to happen overnight, and it’ll take time, and rest assured we’ll keep you updated of all the latest news that will affect you.