5 types of people you’ll meet as a postgraduate 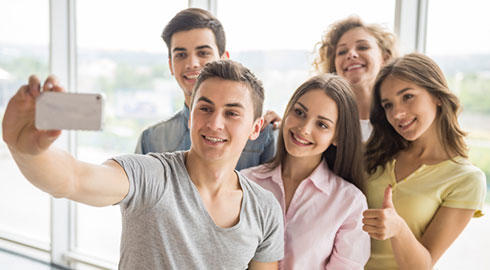 Just like your course will change when you become a postgraduate student, as will the people around you and the friends you’ll make.

Just like when you went from sixth form to university, you’ll meet some new characters as a postgrad, some will be your friends for life and others will annoy you more than anything else has ever annoyed you. Here are just some of the types of new people you’ll meet as a postgrad.

There’s always one person who still thinks they can act like an undergraduate even though the course is harder with a heavier workload now.

They’ll attend fresher’s fortnight (because a week isn’t enough), will join every society they can and will go on regular pub crawls with the freshers, normally dressed up in a ridiculous fancy dress outfit in order to fit in. They unsurprisingly tend to suffer from a lot of hangovers.

Now your course is more intense, the people who spent all their time in the library as an undergraduate will now become even more studious than ever before.

They may as well take up permanent residency they’re in the library so much and you never see their face because it always has a book in front of it. They don’t have any social media or a smart phone because they don’t want any form of distraction, they miss out on a lot of birthday parties as a result but they're normally top of the class so they don't tend to care.

Often a postgrad who has taken a gap year or two between their undergrad and postgraduate course, the ‘previous work experience’ person is normally one of the best people to know on your course.

Because they’ve got some real world experience, often in the industry they want to work in, they’ll often have tips, skills, knowledge and general personality traits which can help you on your own postgrad journey.

There’s always one student who is clearly just out to network on their course and nothing else. You never actually get to know them as a person because they’re too busy listing off their skills and experience in the hope you’ll keep in touch and give them some work some day.

But they ultimately come across as desperate, and a little sneaky, so you never really want to contact them again after your course is over. Instead you’ll pick the studious one for their commitment and passion, the previous work experience for their knowledge or even the wannabe undergraduate as at least you had fun with them.

They existed on your undergraduate course, and they’ve somehow managed to land a place on your postgrad. They never turn up for lectures (and when they do, they’re often at least 40 minutes late), they’re constantly sleeping and can normally be seen the day before a deadline looking cool as a cucumber in the library, despite the fact they’ve got 24 hours to write a 10,000 word essay. They always get good grades and you’ll spend the rest of your life trying to figure out how.