Creativity and Copyright in Law 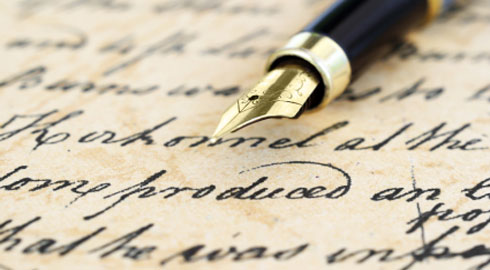 In today’s world, famous names, works of art, films and literature all travel freely from individual to the next through digital media. While there are a great many benefits to this, for some, the unfettered transmission of copyrighted works is becoming an increasingly bitter pill to swallow.


Daniel Lee, author and lecturer in the media department at Birbkeck College, University of London, examines how this clash is pitting new media against the traditional concepts of copyright and raises a question with ever greater insistence: in the world of Google, YouTube and Flickr, does copyright, as a legal construct even exist anymore?


The issue as to whether copyright still exists has been discussed in the US courts more frequently than in the UK – doubtless because of the greater commercial ramifications. Despite this, questions are being raised on both sides of the Atlantic. "The likes of Google and YouTube are effectively saying that the exchange of material is an issue of freedom of speech," explains Simon Levine, head of the technology, media and commercial group at international law firm DLA Piper. "On the other hand, rights holders say that they rely on copyright for their money and they have a right to control it."


In a world where anyone can film a concert on a mobile phone and upload it to YouTube, open their music or video collection for millions of people to share, contribute to a wiki (collaborative website) or print off chunks of their favourite book, Levine speaks for many when he argues that such practices "undermine copyright". Moreover, he says that they amount to a major commercial problem – one that is far from adequately answered by a line of argument favoured by Google.


Levine explains that, "If you speak to Google it will say that, 'if people tell us there is an offending clip on our site, we'll take it down'. This is an unusual view. If we assume that copyright is a piece of property, it is like you taking my car and then saying if I complain I can have it back."


So does this mean that copyright is disappearing, not merely as in legal theory but as a practical weapon? No, says Shaun Lowde, head of technology at Wiggin LLP: "Copyright is no less adequate than it always has been, but the question is whether people respect it."


Wiggin is acting with the British Phonographic Institute (BPI) in an attempt to stamp out file-sharing infringements. This means educating ordinary people that their activities are illegal, taking on some big names and tackling other people in the chain. None of it is easy, but there are options. "There is the possibility of taking action against the creators of software that allows file sharing, but they will not be liable unless the claimant can show that infringement is the primary objective. The old Amstrad case, with the tape-to-tape machine, showed this. You can pursue the website owners, but they can disappear overnight and set up in new jurisdictions. You can also look to people who are downloading and uploading copyright content, by way of making an example of some as a deterrent to others."


Lowde says that in the long run, it will be in the interests of everyone for the main players to deal only in legitimate material. If the income flow back to the artists dries up, the quality of content will drop and the all-important users that websites depend on for their own revenue will begin to disappear. Lowde points out, too, that recent technology is enabling the law to catch up with file sharers and infringers: "In Belgium, the courts required Tiscali to introduce filters to prevent copyright misuse. A company called Audible Magic is one of the market leaders in this area."


According to Simon Morrissey, head of technology in the media, brands and technology department of Lewis Silkin, the Belgian case is bizarre. "If internet service providers (ISPs) had to do this, it would drive a coach and horses through the Electronic Regulations 2002 (the E-Commerce Directive)," he says. "There is no positive requirement on an ISP to see that its services are not being used for an infringing purpose, and there is no provision in our law for making a similar decision. The E-Commerce Directive provides for defences of being a mere conduit, caching (storage) and hosting, which means that if the host does not know of illegal activity then it is not liable. In practice, the worst thing you can do is monitor your site badly."


So-called "making available" raises a related issue, and it has become a hot topic in the US. There, all eyes are on a copyright case brought by Viacom against YouTube, which will examine how far a site operator should be liable for unauthorised content that its services make available.


"If an ISP has a link to infringing material, that may not make it liable," says Morrissey. "If, however, the ISP frames content from another site on its own site, English law says you are liable if you make available infringing content. English courts may hold that such a link constitutes 'making available'. A video on your site playing offending content from another site is embedded content and it may well make you liable. The users' experience is that they are still on the website they landed on in the first place."


As if they were not already on the cutting edge, the two biggest names, Google (the owner of YouTube) and Microsoft are pushing the envelope further with their decision to digitise millions of books.


Lowde explains: "The question here is whether a digitised book is so attractive as to undermine the printed version. Google is saying, 'you've got an income from the paper version, give us the digital rights for free'. It's an unusual stance."


Many writers are not as dismissive of this as one might expect. Mark Le Fanu, general secretary of the Society of Authors, says: "Authors and publishers were nervous initially, but now the majority have come to accept that it is a way of publicising books. Penguin gave its authors the right to opt out but our impression is that not many have done so."


So what about the rights of people who do not want their material on a website? What about people who do – those placing pictures on YouTube, creating characters in the online metaverse Second Life or contributing to so-called wikis? Much of this will be covered by the agreement you make with the site owner, says Morrisey, but he cautions that "people need to be careful. The licence users give [consent to site owners] for using their material can often be very wide".


Likewise, it seems that contemporary notions of copyright do indeed still exist. However, thanks to the rise of digital media the parameters of what is and isn’t acceptable from a legal perspective are currently in the process of evolving, meaning that copyright is often an ambiguous subject area. The current law is flexible, open to interpretation – meaning that one man’s copyright heaven is another’s hell.

BRISTOL, UNIVERSITY OF THE WEST OF ENGLAND