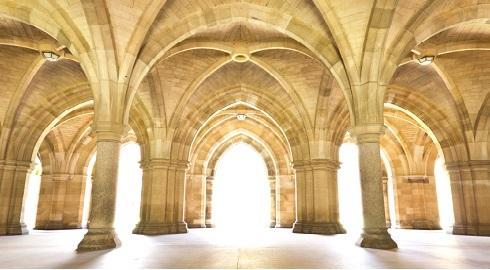 The school of Education held an orientation day for everyone doing taught postgraduate degrees a couple of days before classes began. They thankfully gave a good number of weeks notice, and put this on a Saturday. Though I wasn’t too thrilled to be leaving my house at 7.30 a.m. on a Saturday to commute through to Glasgow, I was intrigued to find out what it would be like. My main concern was that I might be the only person to show up!

I quickly discovered that there is a massive difference between undergraduates and postgraduates. Where many undergraduates are at university as a rite of passage after high school, postgraduates have usually made a lot more sacrifices to go back to learn something they are passionate about. So many people showed up for the school’s orientation day that we needed a room about twice the size of the one they had booked. The attitude of the staff was great, and we all giggled along as they decided to create a video link to the gym hall so that some of us could listen from the lecture theatre, and the rest stood/sat in the gymnasium. I can’t speak for everyone else, but I felt really welcomed into the university, and a lot of my fears were eased as everyone was so friendly.

A lot of us ate lunch together and shared stories of our application processes, some of whose had been much more last minute than mine. Many were struggling with the online enrolment system, discovering where to collect their ID cards or uploading their photo for their ID and so on. We were all able to help each other out with this. As some people didn’t have their ID number yet, they had not been able to get onto the online timetable and find out where our first class was going to be held.

It has to be said that the orientation day was excellent (even if one of my classmates caught me falling asleep during one of the talks near the end of the day). Not only did it give us a chance to meet each other, it familiarised us a little with the building we’d be meeting in for our first few weeks of classes.

During the first two weeks there were various induction sessions and workshops on using the Library, Moodle, Study Skills and so on. Because of having a part-time job, I wasn’t able to change my schedule at such short notice so I missed one that would have been really helpful on critical reading. There are some things that would have been helpful that weren’t covered. Like I wish they’d had information on computer access and printing which took me a few weeks to work out! Many of us still haven’t been able to successfully log in to the university Wi-Fi. It also would have been nice to have had a tour of the university campus. Three weeks in, we’re still trying to work all of this out.

My recommendation is to give yourself that time in that first couple of weeks so you do have time to go to induction sessions, fresher’s fairs and spend time familiarising yourself with the university facilities. If your university offers an orientation day – do go. I also recommend going to the workshops and induction sessions. Some of them were covering stuff I already knew, but in each one I discovered something useful.