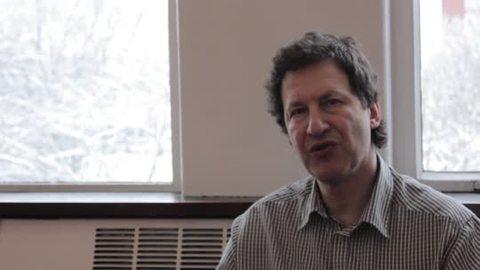 The law school is quite a large school. There are over 50 academics. Virtually all the staff are intensively engaged in research in their own area, and generally their postgraduate modules will reflect their particular research interest. This is true of many law schools. One thing that marks us out as different from some is that a large number of those academics have extensive connections outside the law school. So, although we value scholarship for its own sake most people want to relate their scholarship to the world outside.

As far as we're concerned we're really interested in law in the real world to some extent. Many of the people involved in teaching criminal subjects, for example, have extensive involvement in the criminal justice system. Some do parole work, some do prison visiting, and so forth. Many people in the EU area advise on EU law and have involvement in EU organizations, for example. The international lawyers advise for our government. The family lawyers have a lot of involvement in policy work. We have one or two part time judges. A whole range of people involved in the outside world, so we think this makes a really exciting environment to study law so that people can see the connection between academic law and the way it really works.

Most students coming onto our LLM can expect about six hours of tuition a week. That is to say two hours in each of the three subjects they'll be studying at any one time. Most of that teaching will be in small groups. We have a very wide range of module options, so we don't have large numbers in any one module. In the few modules where we do have 20 students or so we teach those students in small groups as well as in larger groups. We think this is a very important and distinctive part of our LLM teaching. It does enable students to have very good interaction with their tutors, and the aim of the LLM teaching is to generate discussion so that we can explore subjects and not simply understand the basics.

My favorite thing about the law school is that it's a very, very friendly department partly because we're located in one building. We have a number of common rooms, and we have a moot room. This does create a very collegial atmosphere. We're part of the university, but we're a very, very distinct part of the university. And, we have a Holdsworth Club which gives a real identity and something for the students to really organize around and feel a part of that.