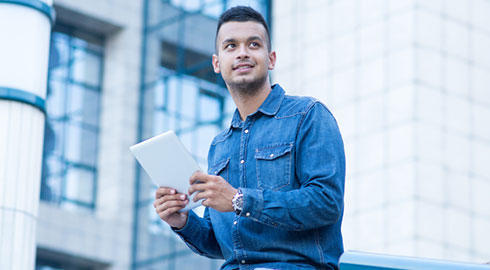 A recent Green Paper from the government could change higher education massively. So what could happen? And how does it affect you?

What Is The Green Paper?

The Green Paper contains suggestions and proposals for the higher education system which the government wants to make. There were quite a few suggestions in this particular one (it was over 35,000 words to give you some idea of the scale of it), and if they all go through there could be massive changes for both universities and your university experience.

Jo Johnson, the minister for higher education said, “While there is a lot of excellence, there is also, as the sector acknowledges, patchiness and variability in and between institutions. We’re helping the sector address that patchiness so we drive up the quality of teaching for everybody”.

So what are these proposals? And how do they affect you? Here are the key ones...

One of the most talked about proposals is the introduction of a Teaching Excellence Framework, which would determine a university’s quality by a set of levels. Quality is likely to be assessed by things like National Student Survey results, graduate employment figures and whether they’re helping enough disadvantaged students.

One of the main reasons it’s been the centre of the attention is the fact it could affect tuition fees if it goes through. This is because the Framework may introduce measures that allow top quality universities who reach their high levels to increase their fees along with inflation in 2017.

And that’s not the only financial proposal in the Paper. The government also wants to change the responsibility of setting the tuition fee caps from parliamentary voting to the Secretary of State.

The Freedom of Information Act (FoI) allows certain data to be legally accessed by someone requesting it. Currently most universities have to follow this law, while private institutions don’t. The Paper is proposing to make things fairer and allow all universities to be exempt from the Act. Although they’d still have to provide lots of data, including teaching methods and potential careers to students.

This particularly proposal has worried experts, including Marc Leach, editor in chief of Wonkhe. He says, “While the government claims it’s trying to make the sector more accountable and transparent, taking away the FoI will do the exact opposite, lowering trust in the sector.”

Although in contrast to this, student unions are being accused of not being transparent and accountable enough. Could this lead to a change in their role and responsibilities? We’ll have to wait to find out...

Currently the Higher Education Funding Council (Hefce) and the Office for Fair Access (Offa) look after your general welfare and rights. But if the Paper has its way these would be merged into one regulator called the Office for Students (OfS)

And they’d certainly be able to look after you, as they’d be working for the students rather than the universities and are likely to have powers over teaching, access, regulation, quality and could even be able to distribute teaching grants and validate degrees.

Director of Insights at IDP Aaron Porter says, “The creation of an Office for Students demonstrates an obvious intention to fulfil the reforms begun in 2011. Having an expressed focus on championing the student interest ahead of all else, is an important shift.”

It can be quite tough for institutions to become universities, which is why the Paper proposes to make things quicker and easier for those wishing to have that status.

They plan to do this by giving quicker access to student funding and removing the cap on the amount of students that can study there.  This is a huge proposal as currently institutions have to have a certain number of students in order to be called a university, so this could create much more variety for you to choose from.

And if any institutions fail as universities, the paper has also suggested an exit system and student protection should anything go wrong.

Rather worryingly, both mature and part-time students don’t get much of a mention or huge change proposed about them. Considering these types of students makes up a significant amount of postgraduate applications, this is something that shouldn’t have been forgotten or neglected.

Aaron Porter concludes, “Given the overwhelming focus on full-time undergraduate students in the Green Paper, it will be important for the OfS to be equipped to understand the experience for all students, not just a minority of those in the system.”

So are these measures definitely happening? Not necessarily. There will be debates and consultations right up until January 15th, so they can figure out what has support, what doesn’t as well as the minor details of each suggestion they’ve made.

But if these proposals do go ahead, we expect big changes in the higher education sector.